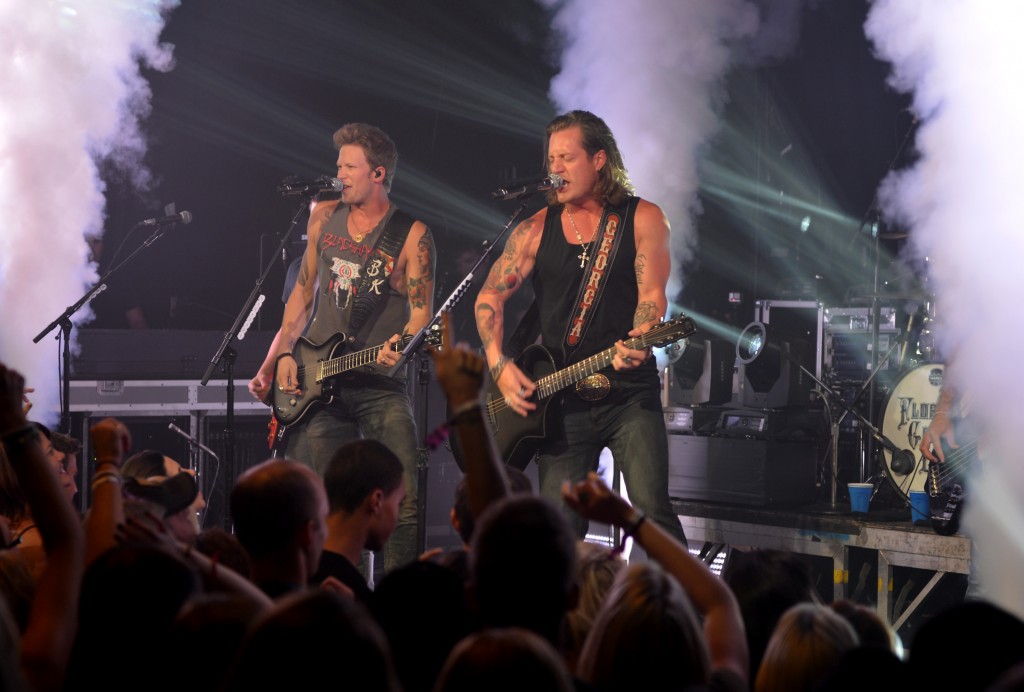 FGL’s Tyler Hubbard and Brian Kelley tweeted out an announcement to fans about their secret show earlier in the day, and by noon fans were lined up around the block from Exit/In to obtain their wristband.  The packed show featured a set list of smash hits from their 2X Platinum debut Here’s To The Good Times, including PLATINUM-certified hits “Stay,” “Get Your Shine On,” “Round Here,” “This Is How We Roll” and MULTI-PLATINUM record-breaking debut “Cruise,” which has sold over 8 million downloads and is the best-selling digital Country single of all time (SoundScan).  The talented pair also treated fans to the GOLD-certified, Top 10-and-climbing lead single, “Dirt,” as well as new songs from their upcoming album Anything Goes, due out October 14 on Republic Nashville.

Florida Georgia Line is the second act to stage an INSTANT JAM for CMT.  Last week, Kenny Chesney surprised fans in Athens, Ga. with his own pop-up concert. Each episode of INSTANT JAM features live performances and captures all the excitement and energy as artists reveal to fans how to score tickets to an exclusive show in their area, while giving a behind-the-scenes look at the hours leading up to their concert.

Fans can catch Florida Georgia Line out on the road as direct support for Jason Aldean’s BURN IT DOWN TOUR, in addition to their own headline dates, including the “This Is How We Cruise” aboard the Norwegian Pearl in November. FGL has teamed up with Coors Light to throw a massive tailgate party, kicking off GEORGIA-FLORIDA weekend with the ANYTHING GOES TAILGATE 2014 on 10/31 in Jacksonville, FL. They have also launched the Dirt Campaign, to benefit global nonprofit Habitat for Humanity, which creates affordable housing for low-income families.  For tour dates and more, visit FloridaGeorgiaLine.com.

CMT, a unit of Viacom Inc. (NASDAQ: VIA, VIAB), is the leading television and digital authority on country music and entertainment, reaching more than 92 million homes in the U.S. CMT, CMT.com and CMT Radio offer an unparalleled mix of music, news, live concerts and series and are the top resource for country music on demand. The network’s digital platforms include the 24-hour music channel, CMT Pure Country, CMT App, CMT Mobile and CMT VOD.