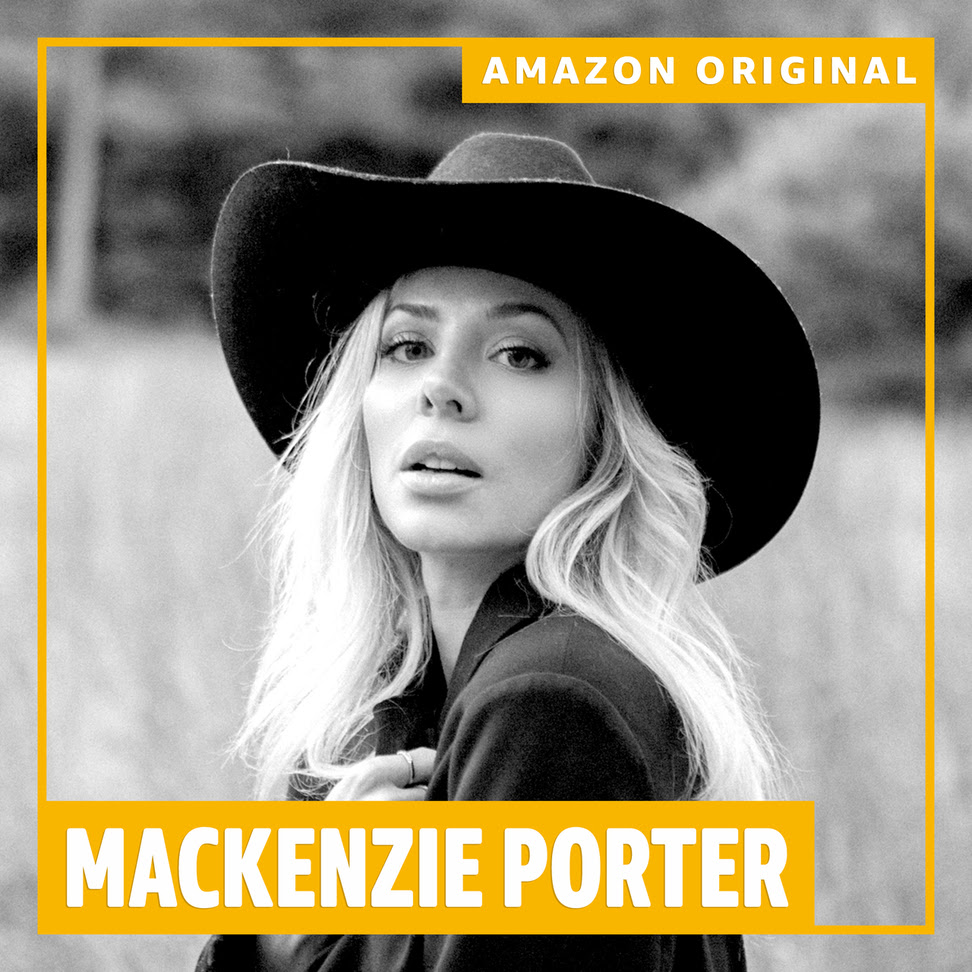 NASHVILLE, TENN. (August 27, 2021) — Today, Big Loud Records’ riser MacKenzie Porter releases a new Amazon Original cover of Natalie Imbruglia’s “Torn.” As a product of the 90s herself, Porter belts the 1997 cover with a tremendous amount of heart and soul. Amazon Music HD customers using an Echo Studio can listen to MacKenzie Porter’s version of the ’90s  classic in immersive 3D Audio, which turns the Original into a unique, multidimensional audio experience.

“’Torn’ was one of those songs I grew up on,” explains Porter. “I loved it then and I still love it now. It’s timeless. I hope I make Natalie proud.”

In addition to finding her on the playlist cover, Amazon Music listeners can find Porter’s cover of “Torn” on the highly coveted Breakthrough Country playlist. They can also find her on Canada Now, Amazon Music’s playlist celebrating the best new Canadian music. Customers can also simply ask, “Alexa play the Amazon Original by Mackenzie Porter” in the Amazon Music app for iOS and Android and on Alexa-enabled devices. In addition to the new song, Amazon Music listeners can access hundreds of Amazon Originals featuring both emerging and established artists across numerous genres, available to stream and purchase only on Amazon Music.

Tapped as support for Jordan Davis’ BUY DIRT TOUR this fall, Porter will kick off the trek September 9 at The Fillmore in Minneapolis, MN. From there, she will start the three-month club run across the country, stopping at legendary rooms such as Webster Hall in New York City and Joe’s Live in Rosemont, IL. Check HERE for a full list of tour stops.

The 2021 JUNO Award nominee for Country Album of the Year is also featured on hitmaker Dustin Lynch’s current single “Thinking “Bout You” that is cascading up the U.S. Country radio charts. Sitting pretty in the 30s, this track is showing no signs of slowing down. Selected by Lynch during a blind audition, Porter delivers her signature “girl-next-door vocals” that “cut like a blade” (Billboard).

Recently wrapping her 2021 extension of THE LOFT SESSIONS, directed by Caleb Donato and shot at the iconic Bluebird Café in Nashville, the series originally launched in 2019 with “These Days” and continued in January of 2020 with a cover of Alanis Morissette’s “Hand In My Pocket.” With Nashville taking notice of her “authentic heart” (American Songwriter) as well as “her mesmerizing vocals and hook-driven songs” (Billboard), Porter was also inducted into CMT’s Next Women of Country Class of 2021, joining an elite sisterhood of trailblazers and tastemakers.