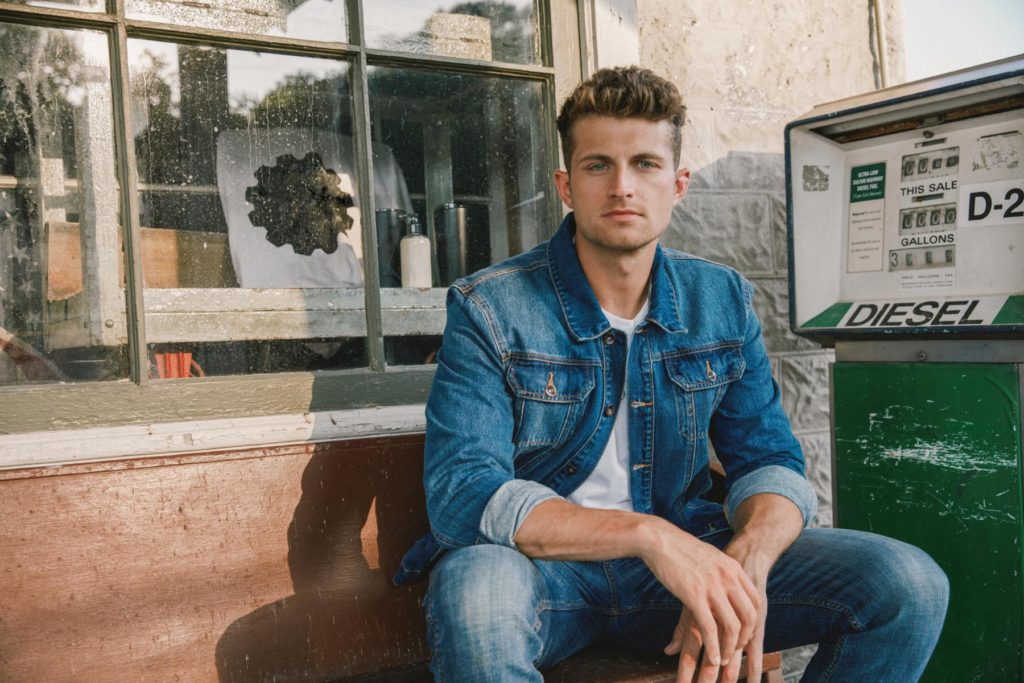 “Growing up in both Kentucky and Indiana, rural living played a large role in his upbringing. Learning from a young age the importance of hard work and a strong work ethic, Stemaly took a job driving tractors, working as a heavy equipment operator, before he ever considered a career as a musician.

“Whenever I was growing up, I was just a listener,” he shares with us, “I was never into actually making music or doing music or whatever. I was more of a music fan.” Interestingly enough, country music was not his first love. Stemaly grew up on classic rock and even shared, “Van Halen was my life back then,” crediting the band as one of his all time favorites. The singer added John Mellencamp and Motley Crue as some of his other favorites from the 80s rock genre.

Although he discovered country music and country radio on his own at around 14 years old, it was not until years later that he actually recognized his natural talent.  “I was listening to Brooks and Dunn on the radio and I was bored and I’ve been in that tractor for ten hours already and I just started singing along.” This led the rising artist to post a vine of him singing, which just so happened to go viral.

Stemaly continued to sing for fun and at church, but his path truly started to light up, when his friend suggested that he head to Nashville. “One of my buddies convinced me to move to Nashville and I took the jump.” Thankfully he did! Since moving to Nashville, Stemaly has found his team of people that support his blossoming career. Recently signing with Big Loud Records, the singer is truly in awe of what his life has become. Interestingly enough he ended up working with a producer who was behind some of his favorite songs, Joey Moi. “I grew up a huge Nickelback fan,” he admits, “I never would have thought that I would be working with the dude that literally produced Nickelback songs, later adding, “Joey is just a master at what he does.”

Stemaly also attributes Seth England (founder) and the whole team for pushing him out of his comfort zone, and allowing him to grow his talent, especially with his current radio single, “Come Back To Bed.” “Finding the balance between authenticity and being commercial is the challenge in my opinion,” he tells us, but somehow he has been able to showcase both with the new sensual song.

The self-proclaimed smooth and sexy tune had solidified the country crooner as one to look out for. “We decided to take it to the maximum sexy level that you can take country music,” he tells us, “It’s cool that I get to be a writer on a song like that, that I never thought I’d get to write.”

Of course, like the rest of us, Stemaly is not quite sure what the rest of the year has in store for him, but rest assured, a debut project will be leased sometime in the near future. Until then we will have to be patient, and continue to support and champion Stemaly’s one of a kind talent from afar.”