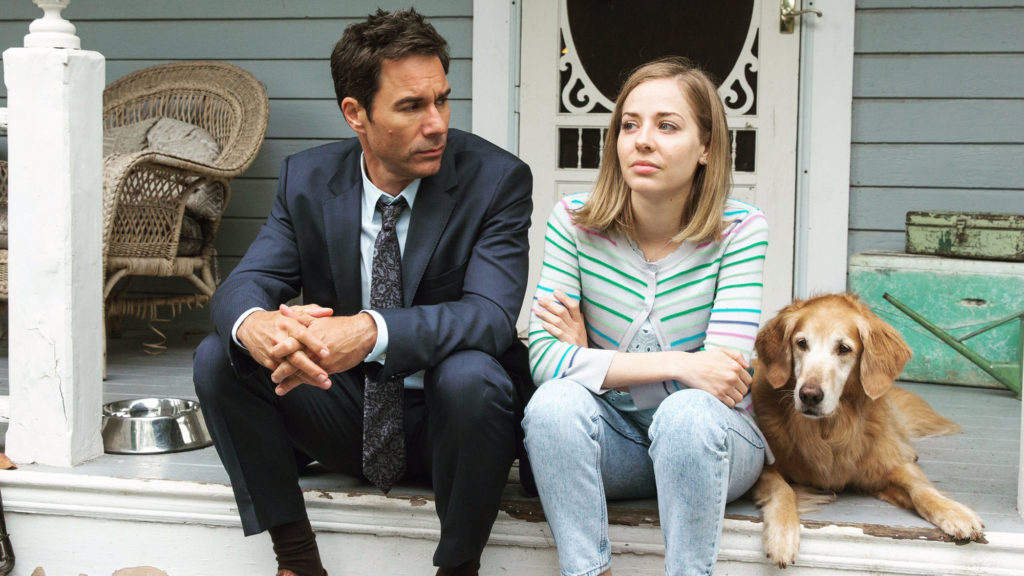 Travelers is perhaps the biggest of the well-kept secrets on Netflix. Those who regularly enjoy sci-fi will love this to death, but many of those who dug the moody meanderings of Stranger Things will also find this engaging.

The series centers around a group of “travelers” – as they call themselves – that come from a few hundred years in the future. The basic premise in itself is full of emotional landmines: they arrive here by downloading themselves into the bodies of people just as they actually die, and then are forced to not only work on their own nail-biting primary mission but to also assume the lives of the people whose minds they replaced. Often, these folks were in the midst of their own personal crisis already.

Starring Will and Grace’s Eric McCormack as an outwardly stoic but broiling-on-the-inside FBI agent with a guy from the future living inside of him (named Grant), this on its own is a stark new reality for the viewer compared to his former more comedic role.

While McCormack is the apparent lead, it’s MacKenzie Porter (Hell on Wheels) as Marcy who really steals the show with her acting and her story. She now occupies the body of a woman who was – before her death – mentally challenged. It’s through a surprise twist that she winds up there, and the struggles of a woman barely able to care for herself suddenly turning into a medical genius is quite the roller coaster.

Meanwhile, the team must deal with the crazed demands of their mission trying to right many wrongs in our time period, and this takes them into hordes of jaw-dropping, mind-twisting situations.