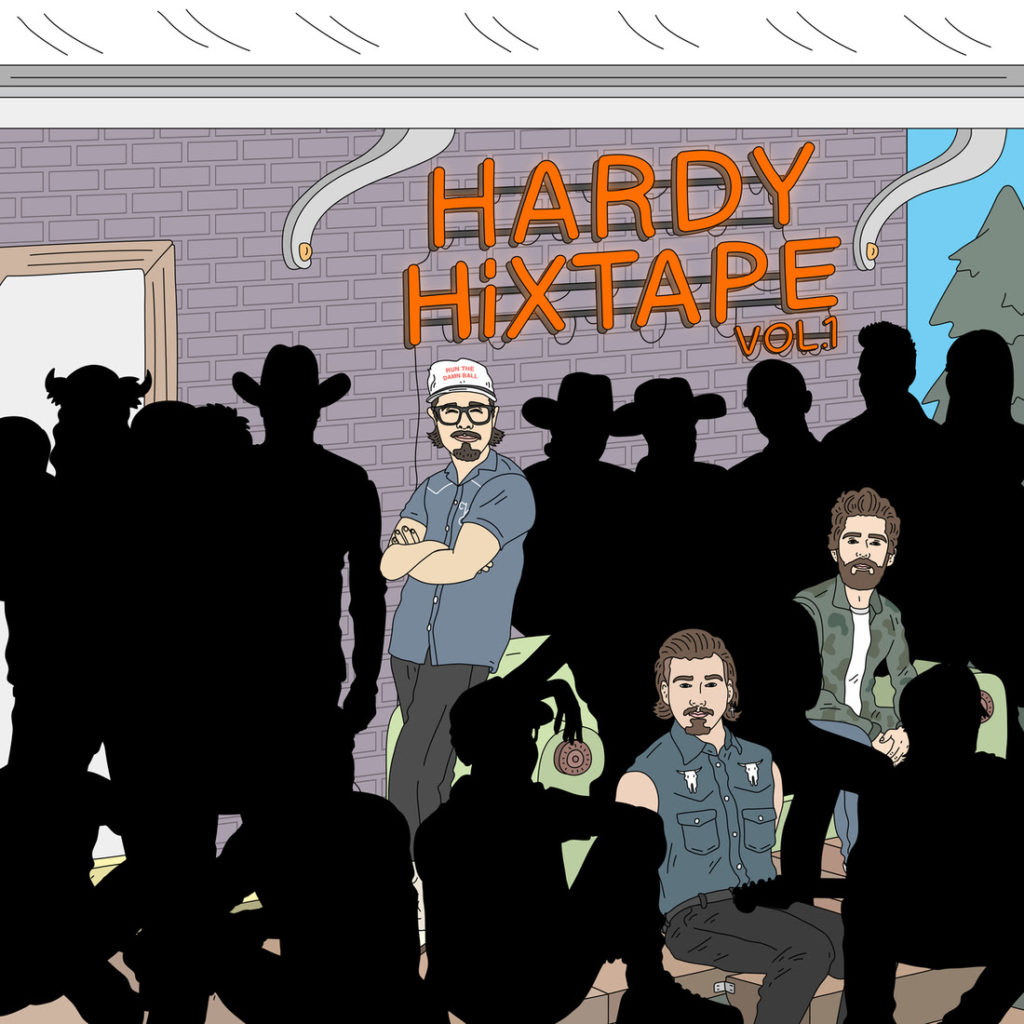 Available now, “Nothin’ Out Here” featuring THOMAS RHETT and “He Went To Jared” featuring MORGAN WALLEN get the all-star party started, with HARDY’s razor-sharp lyrics continuing to emerge as some of the genre’s best and boldest.

Written by HARDY, Ben Hayslip and Jimmy Yeary, “Nothin’ Out Here” feat. Thomas Rhett takes the stereotypes placed on rural lifestyles and wears them like a badge of live-off-the-land honor, while the half buzzed “He Went to Jared” feat. Morgan Wallen (penned by the two alongside Chase McGill) says good riddance to a girl who chose a “paper pusher” over a “dirt pusher.”

LISTEN TO “NOTHIN’ OUT HERE” HERE

AND “HE WENT TO JARED” HERE.

Both tracks will be part of HARDY’s surprise HIXTAPE VOL. 1, set for release next Friday (9/13) and filled to the brim with more soon-to-be-announced superstar collaborations produced by Joey Moi. The news arrives as HARDY is noticeably turning heads, a rising star and in-demand tunesmith whose hard-nosed lyrics feature unique and unforgettable twists and turns – just like the middle of nowhere roads in his native Mississippi.

HARDY recently earned his first CMA Award nomination for Song of the Year as a writer on Blake Shelton’s PLATINUM #1, “God’s Country,” an accolade which follows his previous PLATINUM #1s for Florida Georgia Line’s “Simple” and Wallen’s “Up Down” featuring FGL, plus Blake Shelton’s new single “Hell Right” featuring Trace Adkins. HARDY’S currently charting co-writes also include Chris Lane’s “I Don’t Know About You,” FGL’s “Talk You Out of It” and LOCASH’s “One Big Country Song.”

As an artist, HARDY’s rebellious debut single “REDNECKER” is blazing up the charts, already inside the Top 25 at Country radio with more than 82 MILLION global streams, and the hitmaker was recently named a Vevo DSCVR artist while also topping multiple “artist to watch” lists. Fresh off his run as the featured opener on FGL’s CAN’T SAY I AIN’T COUNTRY TOUR, he’ll headline SiriusXM’s THE HIGHWAY FINDS TOUR beginning Oct. 10 in Cincinnati, OH. HARDY’S Moi-produced EPs, WHERE TO FIND ME and THIS OLE BOY, are out now.