HARDY SCORES FIRST CANADIAN COUNTRY #1 WITH “ONE BEER,” HOLDING AT THE TOP OF THE CHARTS FOR TWO WEEKS

HARDY SCORES FIRST CANADIAN COUNTRY #1 WITH “ONE BEER,” HOLDING AT THE TOP OF THE CHARTS FOR TWO WEEKS 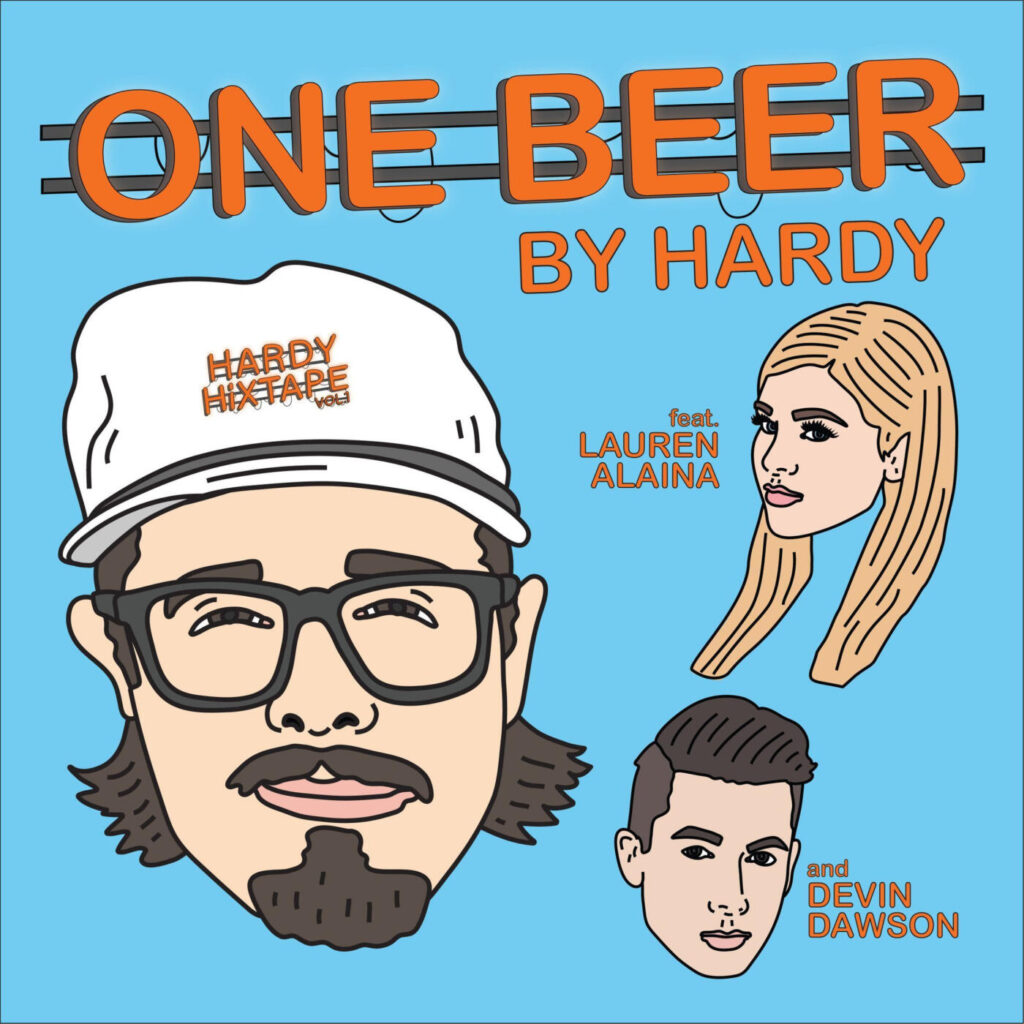 “ONE BEER” A GLOBAL SUCCESS STORY; HITTING #1 IN CANADA FOR TWO STRAIGHT WEEKS, TOP 10 IN USA & CELEBRATING 3 WEEKS AT #1 IN AUSTRALIA

Nothing can stop Big Loud Records’ HARDY. Today the heavy-hitter scored his first two-week #1 single on the Mediabase and Billboard/BDS Canadian Country airplay charts, with his PLATINUM-certified hit “One Beer,” feat. Lauren Alaina and Devin Dawson. The track marks HARDY’s first #1 single as an artist. In addition to his two weeks #1 in Canada, it has also earned him 3 consecutive weeks at #1 in Australia, and sits Top 10 on the US Country charts.

Upon hearing the news, HARDY exclaimed “It’s so awesome to have my first Canadian number one and for two weeks in a row! I absolutely love Canada and my Canadian fans. I can’t thank you all enough for the support.”

Written by HARDY, Hillary Lindsey and Jake Mitchell, “One Beer” first hails from HARDY’s September 2019-released HIXTAPE VOL. 1 — quoted as “one of the most ambitious projects of the year” (Billboard) and is also featured on his lauded debut album A ROCK. It tells the story of an unplanned pregnancy that turns into a lifetime of unexpected consequences and joys. It’s in-your-face honest and optimistic, “a hook-filled little slice of life coming at you fast” (Rolling Stone). With 217 MILLION total global streams to date, you can watch the music video starring all three Country collaborators here.

These two consecutive weeks at the top of the charts adds to the growing list of career milestones for HARDY. The Mississippi-native was nominated for two 2020 ACM Awards, Songwriter of the Year and Song of the Year (“God’s Country”). He also won the 2020 AIMP Songwriter of the Year Award and the 2019 AIMP Rising Artist-Writer of the Year Award, was named a Vevo DSCVR artist, one of MusicRow’s 2020 Next Big Things, tapped as a CMT Listen Up Artist for 2019, and listed as a Country Artist to Watch in 2019 by Rolling Stone Country, The Boot, Taste of Country.