HARDY SAYS “WAIT IN THE TRUCK”

HARDY SAYS “WAIT IN THE TRUCK” 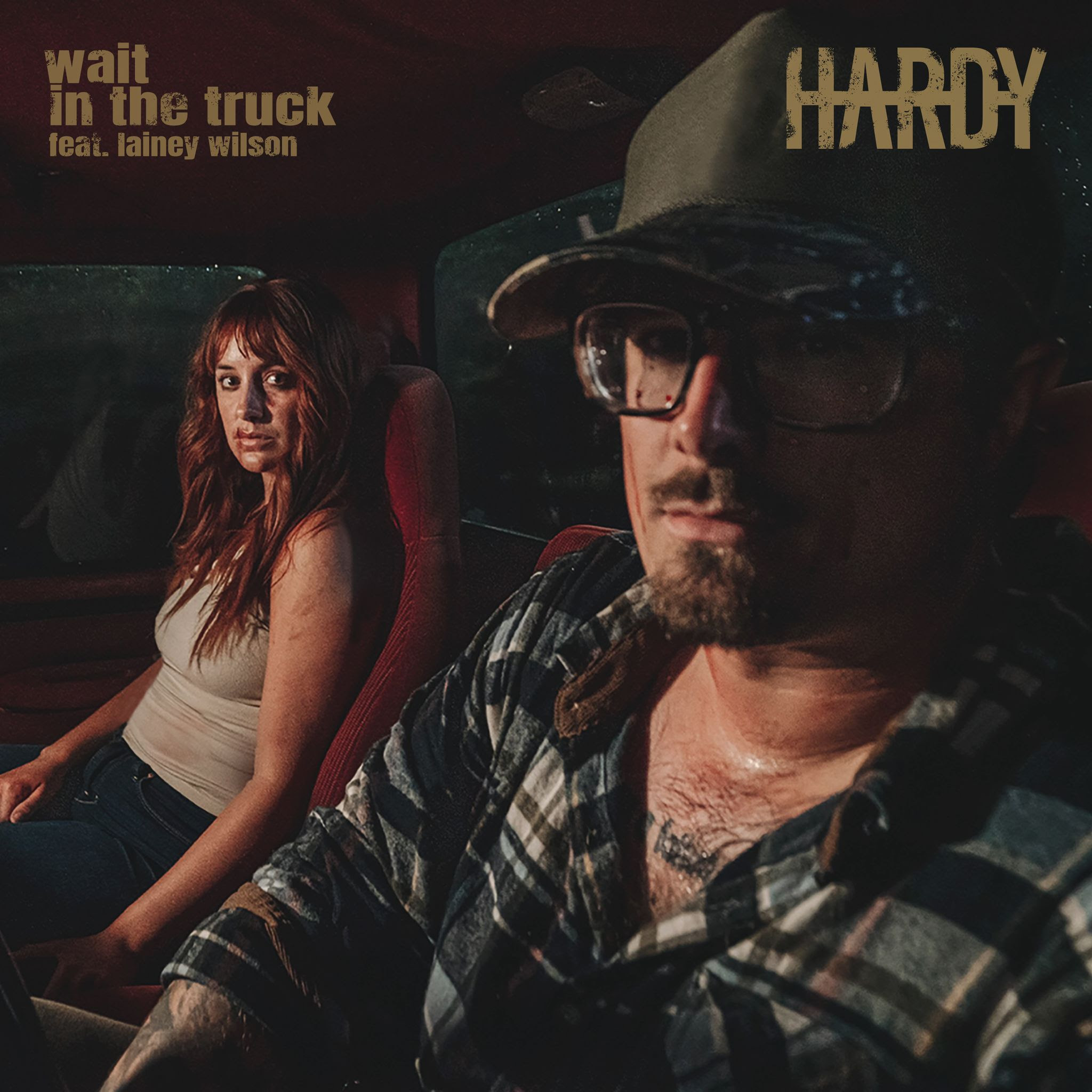 NASHVILLE, TENN. – Both the country and rock genres have deep rooted storytelling traditions, tackling every part of the human experience; good, bad, and ugly. Today, Big Loud juggernaut and 2022 ACM Songwriter of the Year HARDY and ACM New Female Artist of the Year winner Lainey Wilson notch a game-changing duet into the history books of country’s rich story song catalog with “wait in the truck.”

A dark country fable at its core, the back-and-forth ballad written by HARDY, Hunter Phelps, Jordan Schmidt, and Renee Blair, and produced by Joey Moi with co-production from HARDY, Derek Wells, and Jordan Schmidt, employs a barren acoustic guitar pluck, a brazen gospel choir, and a devastating tone, launching HARDY’s next chapter of hits.

“’wait in the truck,’ my next single, is one of my favorite songs I’ve ever written – probably the best song I’ve ever written to be honest,” HARDY admits. “It hit me so hard the first time I heard the demo back, and no other song had done that before. Very excited for the world to hear the song, excited for the song to give people a platform to maybe speak out about stuff that might be going on in their own homes. Thank you to Lainey Wilson for doing this song with me – she crushed it, she crushed the music video, I just can’t wait for the world to see this and I can’t wait to play it live.”

“I always love working with HARDY, but this track is extra special,” Wilson shares. “I am so proud to be part of ‘wait in the truck’ because it’s such a powerful song and story, and I really do think it will change lives.”

In tandem with the single release today, “wait in the truck” springs to life with a cinematic music video directed by Justin Clough and shot in Carthage, Tenn. earlier this summer. As he wrote the song, HARDY also conceptualized the treatment for the captivating official music video – watch here.

Announced earlier this week, HARDY will headline his Wall to Wall Tour with riser Jackson Dean as direct support and a one-night-only pop up from rockers Puddle of Mudd this winter. Due to high demand and early sell outs, he’s added three additional nights to the run today. Tickets are on-sale everywhere here.

+ with Puddle of Mudd

Big Loud Records’ heavy hitter HARDY broke out with critically acclaimed 2020 debut album, A ROCK, “an album that owes as much to AC/DC as George Jones” and “one of the most self-assured full-length debut albums in years” (Billboard). The project joins countrified mixtape HIXTAPE VOL. 1 and most-recent HIXTAPE VOL. 2, as well as career-launching EPs THIS OLE BOY and WHERE TO FIND ME. HARDY is the 2022 ACM Songwriter of the Year and two-time AIMP Songwriter of the Year, additionally nominated for New Artist of the Year at the 2021 CMA Awards. One of CRS’ 2021 New Faces of Country Music, a two-time CMA Triple Play award recipient and a Vevo DSCVR artist, the pride of Philadelphia, Miss. has earned his reputation as “a breakout in the making” (HITS). HARDY has written 12 #1 singles since 2018, including his own chart-topping, double platinum-certified single “ONE BEER” feat. Lauren Alaina + Devin Dawson, and chart-topping Dierks Bentley + BRELAND collaboration, “Beers On Me.” Serving as direct support on Morgan Wallen’s Dangerous Tour now, HARDY has also opened for Jason Aldean, FGL, Chris Lane, Thomas Rhett, Cole Swindell and more, and will embark on his just-announced headlining Wall to Wall Tour this winter.

ABOUT LAINEY WILSON
ACM New Female of the Year 2022 winner, Lainey Wilson has earned the enthusiasm of the industry, having been named to nearly every “Artist to Watch” list, winning MusicRow Magazine’s Discovery Artist of the Year award and being crowned Billboard‘s “Top New Country Artist of 2021,” the Louisiana native is one of Nashville’s hottest and most buzzed-about new artists. Landing her first No. 1 with her PLATINUM Certified ACM Song of the Year “Things A Man Oughta Know,” nearly 10 years to the day after leaving her small farming community in a camper trailer to chase her dreams, she has won over legions of fans with her signature Bell Bottom Country sound and aesthetic, which blends traditional country with a modern yet retro flare. A prolific and sought-after songwriter (having co-writer credits on songs by artists including Luke Combs, Flatland Calvary and more), Lainey is a fresh, fierce voice in Nashville, delivering one of the “Top Country Albums of 2021” (Rolling Stone, Taste of Country, and American Songwriter) with her label debut, Sayin’ What I’m Thinkin’. With a rockstar stage presence, her artistry has taken her across the globe, performing for sold-out crowds throughout the US, UK, and Germany with notable names like Jason Aldean, Luke Combs, Morgan Wallen, Hardy, Jon Pardi, Ashley McBryde, Randy Houser and more. Her current single (Top 40 and climbing), “Heart Like a Truck” is the follow up to her recent return to the top of the Country radio charts with the two-week No. 1 hit, “Never Say Never” with Cole Swindell. She will release her hotly anticipated album, Bell Bottom Country on October 28, just before making her acting debut on the hit series Yellowstone on November 13.