Florida Georgia Line has a big announcement today… some of the 2015 Anything Goes Tour dates are now out!

Stay tuned for more 2015 tour dates to come, and an announcement on ticket information coming up on Friday! 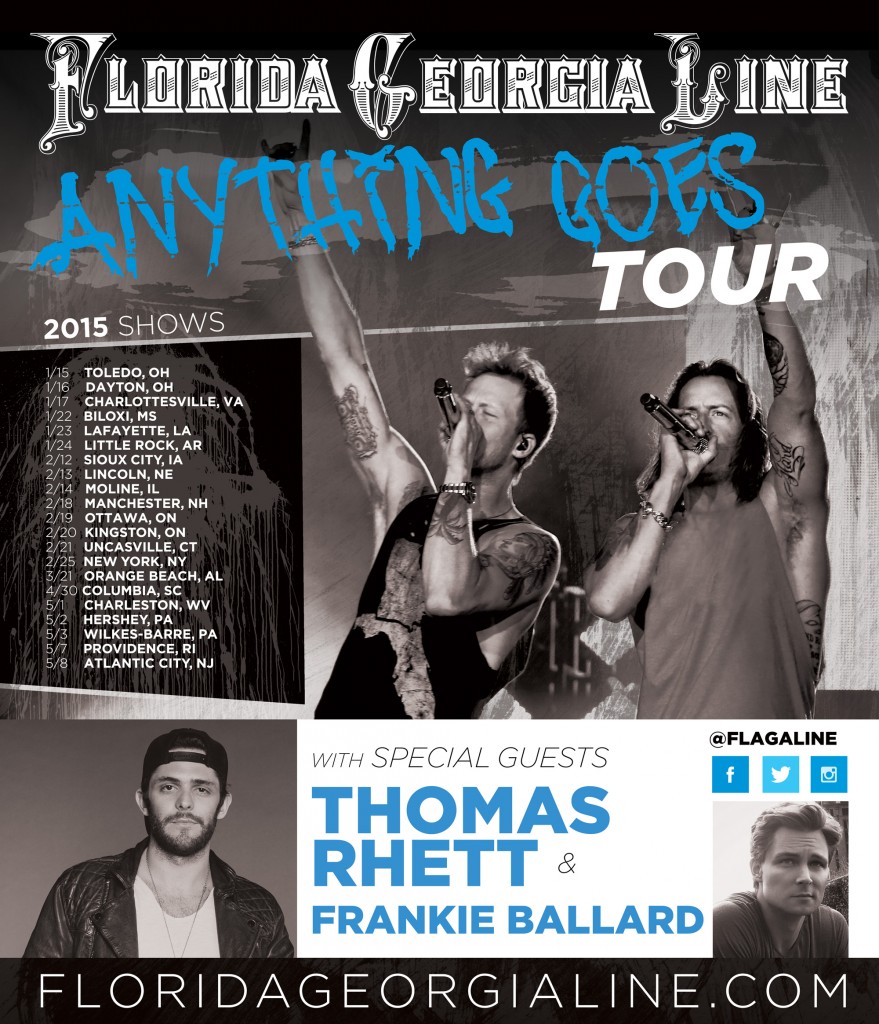