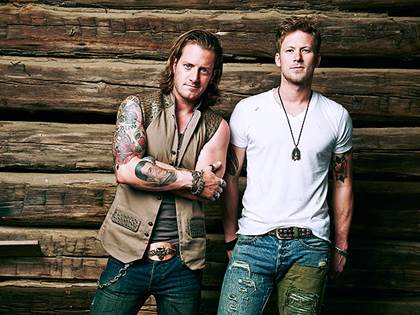 Florida Georgia Line is so hot right now, even the cast of Nashville wants to see the guys play live!

And what the Nashville cast wants, the Nashville cast gets, apparently: the CMA award-nominated duo will rock out live on the show’s season 3 premiere later this month, PEOPLE confirms. As if that’s not enough pressure, they’ll actually have to do it twice – for both East and West Coast audiences.

“Florida Georgia Line is one of the music industry’s hottest groups. They’ve achieved the level of stardom that we explore every week on Nashville, so we are delighted to have them perform live on both coasts for our historic third season premiere,” says Nashville executive producer Dee Johnson.

The premiere will also include previously announced live solo performances by the show’s stars Chris Carmack (Will Lexington) and Charles Esten (Deacon Claybourne). Other than the performances, which will take place on the show’s Bluebird Cafe set, the episode will be pre-recorded.

Though plenty of real-life country stars have appeared on the series – Brad Paisley, Brantley Gilbert, Chris Young, Vince Gill, Kip Moore and Zac Brown to name a few – the duo will be the first to go live. Luke Bryan will also appear later this season, as will Dancing with the Stars pro Derek Hough.