Ring in the New Year with the ball drop and the star-studded line up of New Years Rockin’ Eve with Ryan Seacrest. Florida Georgia Line will be performing live on the show, alongside other live performances including Taylor Swift and Elton John! 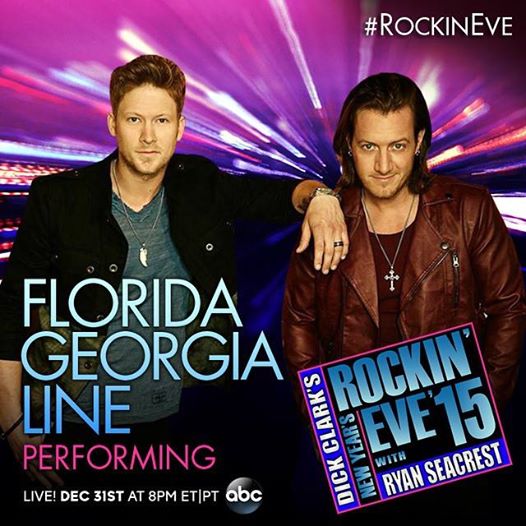