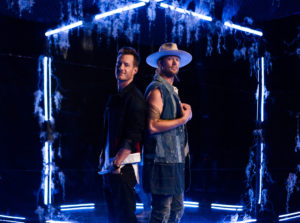 Tyler Hubbard and Brian Kelley confirmed the exciting news exclusively to ET, revealing that the name of their forthcoming album will be titled Can’t Say I Ain’t Country.

“We’re excited. In February, we’re releasing our fourth album,” Hubbard told ET’s Cassie DiLaura at the launch of their limited Las Vegas residency inside Planet Hollywood’s Zappos Theater. “I think Feb. 15 is the official date, so we’re really excited. We’ve been working on that album for over a year now, so BK and I are definitely ready.”

“And we’re gonna kick off our big headline tour [of the same name], I think, in May,” he teased. “We’re also doing some shows in Australia in March, so we got a pretty exciting year coming up. We’re excited to just kinda bring this new energy to our fans.”