FGL's single "Dirt" and the Dirt Campaign in (7/9) Tennessean.

FGL's single "Dirt" and the Dirt Campaign in (7/9) Tennessean. 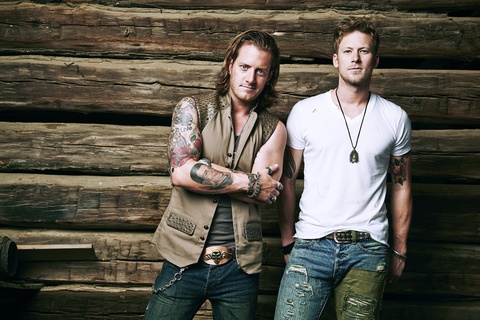 Florida Georgia Line made a name for itself with lighthearted hits including “Cruise” and “This Is How We Roll,” but the duo’s new single, “Dirt,” shows a more thoughtful side.

“Dirt,” penned by consistent hit writers Chris Tompkins and Rodney Clawson, is a midtempo love song with lyrics about her smile and how it “makes you want to build a 10 percent down, white picket fence house on this dirt.”

The song was released to country radio and digital retailers this week. In conjunction, Florida Georgia Line members Brian Kelley and Tyler Hubbard launched their Dirt Campaign with the fundraising platform Omaze to benefit Habitat for Humanity. The goal is to raise $100,000 for the organization that helps build houses for people in need. To raise the money, the duo is giving away a trip on its “This Is How We Cruise” four-day cruise in November. When fans enter, they are asked to donate money to the cause.

“We have been beyond blessed these past few years, putting down our own roots in Nashville,” Hubbard said in a prepared statement. “After hearing ‘Dirt’ we knew that we wanted to help build houses with people who would not be able to on their own and we are grateful to join Habitat for Humanity in their efforts.”