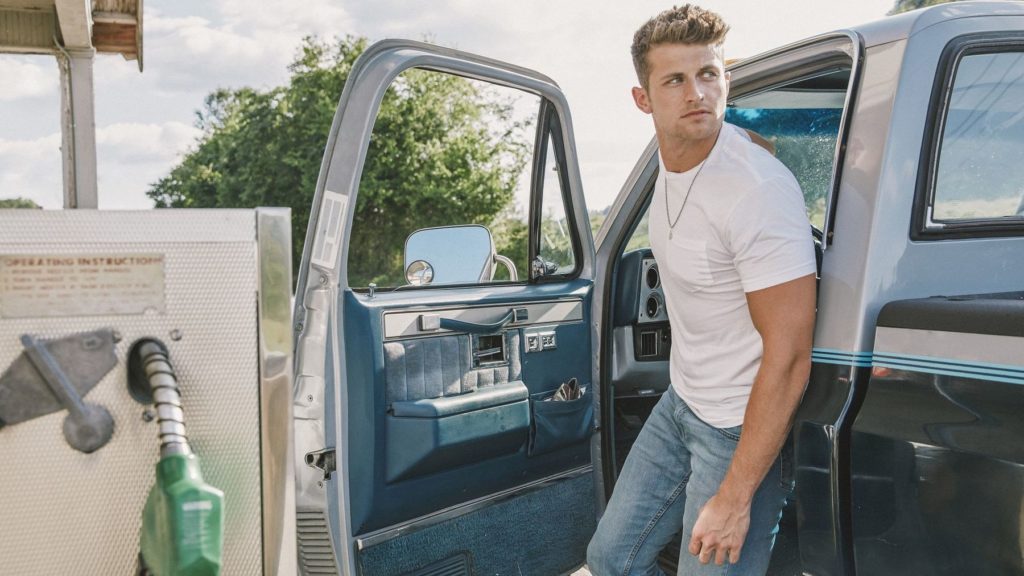 Burgeoning country artist Sean Stemaly is getting pretty used to performing on stages in front of hundreds of people. But it wasn’t long ago that he was putting his vocal talents to the test while in the cab of a tractor. The singer/songwriter, who was born in Western Kentucky and raised near the corn-covered fields of Southern Indiana, spent his teen years working on a farm and for his dad’s excavating company. His fate changed, however, when he discovered his vocal abilities while driving tractor, singing along to ‘90s country songs.

With such promising talent, Stemaly worked up the courage to move to Nashville, where he was introduced to a whole new world. Even though Stemaly left the farm, he continues to stick close to his roots, which is evident in his previous release, “Back On A Backroad.” The Big Loud Records’ signee also shows how he has embraced neon lights and big city life in his latest foot-stomping tune “Last Night All Day,” written by Matt Dragstrem, Ben Johnson and Hunter Phelps.

Stemaly, who is currently in the studio recording more new music with producer Joey Moi (Florida Georgia Line, Morgan Wallen, Nickelback), caught up with Country Now to talk about his rural upbringing, making the move to Music City, his latest releases and upcoming projects.