Counterpoint: Florida Georgia Line Is the Most Influential Act of the Last 5 Years

Counterpoint: Florida Georgia Line Is the Most Influential Act of the Last 5 Years 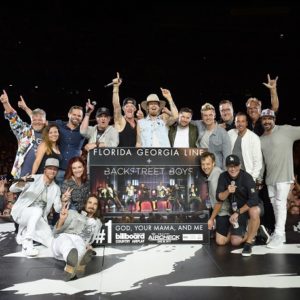 There’s not a more polarizing act in country music than Florida Georgia Line. There is also not one that has been more successful over the last five years. This is country music’s most influential artist.

Tyler Hubbard and Brian Kelley defied all naysayers and historical examples that said they’d be a one-hit wonder with “Cruise.” Country’s only diamond-certified song in recent memory brought a tide of 13 platinum or multi-platinum singles that show no signs of ebbing. Eleven of the 13 hit No. 1 on Billboard‘s Country Airplay chart and the others (“This Is How We Roll” and “Anything Goes”) peaked at No. 2 and No. 3, respectively.

Haters will claim FGL are a product of the modern Nashville machine that churns out bro-country like Twinkies, but cracks in that product typically show up during live shows. There’s nowhere Hubbard and Kelley convert more critics and skeptics than from their amplified stage. Their concert is a thrilling 90 minutes of hip-hop, rock, R&B and country music, and it’s usually sold out.

This column isn’t about convincing you to like Florida Georgia Line or even about trying to prove the duo are any good. There is simply no one in country music who has changed the game more than FGL since 2012, when they began wearing out radios with “Cruise.” Country music’s strengthening traditional bend also has them to thank (looking at you Chris Stapleton).

They hate hearing it, but Florida Georgia Line helped shape (if not invent) bro-country, an objectifying, masculine, stereotyping form of country love song that at first dominated and then became the scourge of country radio. That faucet turned off in about 2015 and since then Hubbard and Kelley have pivoted to writing and recording deeper, more sincere lyrics of life and country life. “Dirt” and “H.O.L.Y” are the signature songs from their last two albums. The genre has followed. While you’ll still find a song or two inside the Top 40 that suggests a trip down to the end of the dirt road to sip something hiding under the front seat, these songs are rare weeds instead of kudzu. The tone has changed for country music’s biggest hitmakers, as exemplified by hits by newcomers like Brett Young and the mid-career pivot Thomas Rhett made.

Read the entire article on TasteofCountry.com!