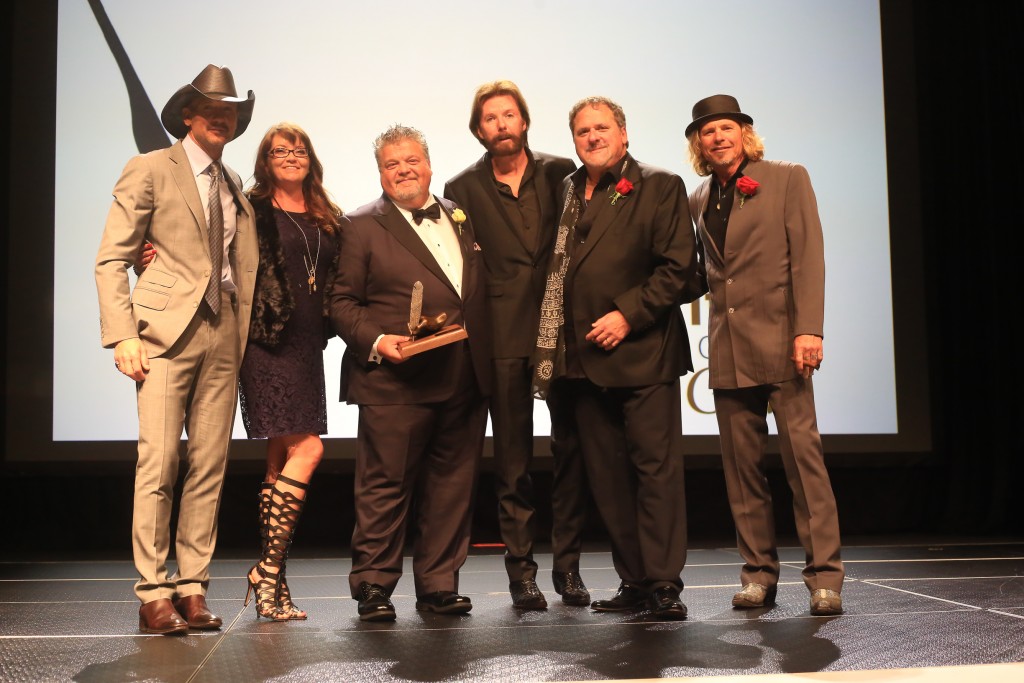 “First and foremost I’m a songwriter. This is THE songwriter award of awards. I am honored beyond words,” shares Craig Wiseman. Adding with a smile, “And to have shared that night with my friend and writer Rodney Clawson, who won NSAI Songwriter of the Year, made it all the more meaningful. A huge after party with drag queens dancing around me didn’t hurt either.”

The reveling continued well into the night with an all-out bash held at the Big Loud Shirt office headquarters to toast Wiseman and showed just how this team celebrates – Loud and Proud. Staff, friends and music industry insiders all gathered to congratulate Wiseman.

A big congrats to you Craig from your Big Loud family!