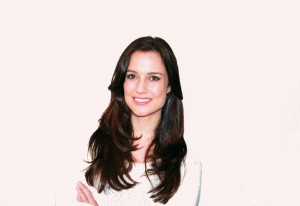 NASHVILLE, TN – (October 29, 2015) – Big Loud Records goes global with Brianne Deslippe joining the label as General Manager and National Director of Promotion – Canada. Adding to the excitement, Big Loud Records will open the doors to their Canadian office in Toronto, Ontario on November 23, in partnership with Universal Music Canada. Working from the label’s Canadian headquarters, Deslippe will report directly to label President Clay Hunnicutt and can be reached by email at brianne@bigloudrecords.com or via phone at 416-908-1717.

“Brianne’s reputation, relationships, and expertise in Canada and beyond is unmatched,” exclaims BLR’s Clay Hunnicutt. “We could not be more thrilled to have someone of her caliber leading Big Loud Records Canada. She is the perfect person to direct our efforts, support our artists and find new talent. Now this is a true international alliance!”

With over a decade of experience working in the Canadian music industry, Deslippe most recently held the position of Country Format Supervisor at Universal Music Canada handling artists such as Keith Urban, Luke Bryan, Dallas Smith and Johnny Reid before making the move to Big Loud Records. Previously she served as the National Promotion Director at Open Road Recordings and eOne Music Canada where she led successful national promotion campaigns for Superstar artists such as Florida Georgia Line, Rascal Flatts, Taylor Swift and Reba, among others. Originally from Windsor, Ontario, Deslippe garnered recognition for spearheading #1 Canadian radio campaigns for Dean Brody and Dallas Smith, and is a four-time nominee for the Canadian Country Music Association (CCMA) Record Company Person of the Year Award.

“I’ve only had the opportunity to work closely with Brianne a short time but her energy, knowledge, and dedication are immediately apparent,” says Jeffrey Remedios, President and CEO of Universal Music Canada. “I applaud Big Loud on their savvy hire and congratulate Brianne on this well-deserved opportunity. I’m very happy to continue working together with the Big Loud family in our ongoing partnership.”

“I’ve had the pleasure of working with the Big Loud team in various capacities over the years and I have always admired their talent, drive and innovative approach,” shares Brianne Deslippe. “With the launch of Big Loud Records, I believe they have created something very special. It’s an honor to have been asked to join their team and I look forward to furthering all of the label’s efforts and artists in the Canadian market.”