“David is the perfect fit for the team we are building and a natural to handle the Southeast region,” shares BLR’s Clay Hunnicutt. “His background in both radio and records along with his unmatched creative spirit, gives him a unique perspective that will benefit the stations he works with, our artists and the entire team at Big Loud Records.”

A seasoned radio professional, Clapper spent the past 13 years with Cox Media Group in Atlanta, where he worked in Promotions and Marketing and as the Director of Branding and Programming while also taking the microphone as the afternoon DJ. Prior to Cox Media Group, Clapper served as the Southeast Regional for MCA Records and is now eagerly transitioning back to the record side.

“I can’t even begin to explain how thrilled I am to get in on the ground floor with Big Loud Records,” exclaims David Clapper. “It’s such an exciting time for Country music and for the Big Loud team. This is going to be an amazing experience and I am extremely grateful for the opportunity to work alongside Clay Hunnicutt and Stacy Blythe. Time to hit the road again!” 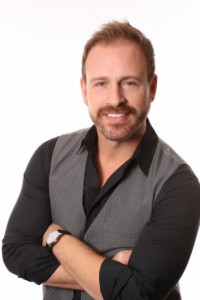