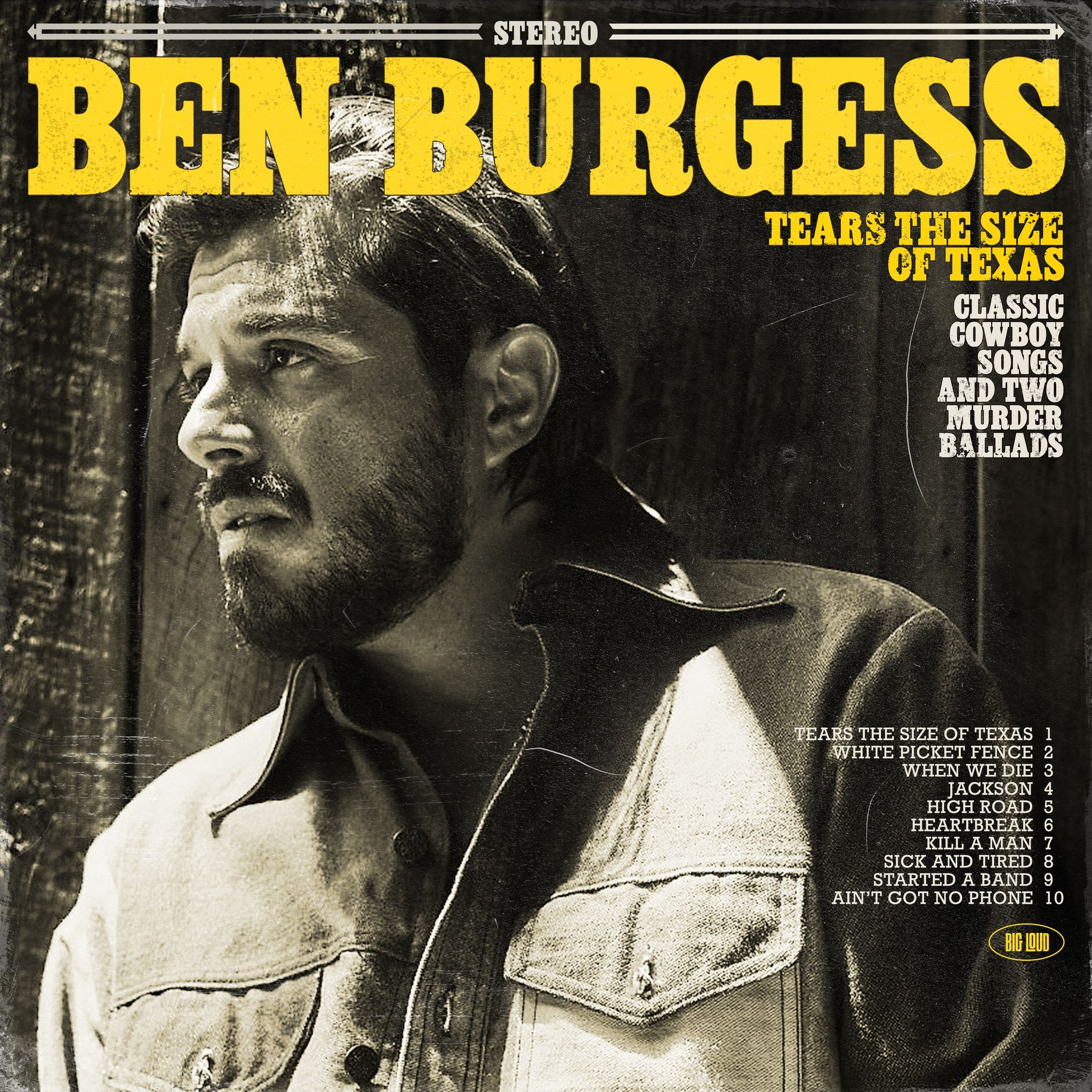 NASHVILLE, TENN. – Big Loud original Ben Burgess will release his long-awaited debut album, Tears the Size of Texas, on September 30. For the award-winning wordsmith, this moment has been a lifetime in the making.

“I’d given up on the dream of being an artist,” Burgess admits. “I always wanted to do it and felt like I could, but the pieces never aligned.” Today, the chapter turns as Burgess transitions from behind the song to behind the mic on the smart, meticulously penned 10-track that captures his artistic grit, what Billboard describes as a “grimy believability; a mix of country, Western, rock, gospel, and modernity, all rendered from a sly, worldly perspective.”

“I feel like you can hear this triumphant thing on the songs that says, I’m here,” Burgess beams. “It was about just letting go and finding my lane.”

Now that he’s got his shot, it’s safe to say the Texas native capitalized on it, earning his stripes with Big Loud studio wizard and platinum-manufacturer Joey Moi, who produced every track but one. On the record, Burgess pours his heart into twangy weepers like already released, critically acclaimed standout, “Tears the Size of Texas;” lays down supreme vocal harmonies on the tent revival throwdown “Sick and Tired,” gets fiery and feisty on the blatant kiss-off “Kill A Man,” and tells the (sort of) true story of how he “Started A Band.”

The cover of the record tells the full story; classic cowboy songs and two murder ballads where the stories are true and the people, places, and names have changed. “It’s just me,” Burgess shares. “It’s where I grew up, what I’ve seen; it’s three or four-minute movies every track you turn. It’s a world and a sound.”

Listen to “Heartbreak” and pre-save Tears the Size of Texas here.

Hitting the road cross country now, Burgess is opening amphitheaters for fellow Texan Koe Wetzel through the end of August, bringing the soon-to-be-released record to packed out crowds. On tap this fall, he opens on select dates of Warren Zeiders’ Up To No Good Tour, then rejoins Wetzel and genre-melding breakout Jelly Roll for their Role Models Tour.

“I want the live show to stay true to the recording because we got the best of the best in the studio,” Burgess adds. “I want it to sound like we’re cutting the record while we’re onstage. I’m so excited to see where the music goes and what happens from here,” he says. “Because right now it’s as good as it gets.”

Ben Burgess is the pride of East Dallas, a renaissance man with a golden pen. After landing his first career cut with Jonas Brothers’ “Chillin’ In the Summertime,” he packed up a blossoming career that was born on Austin’s 6th Street to chase dreams in Los Angeles, but quickly relocated to Nashville shortly thereafter when his twang got a little too loud for the West Coast. Burgess started writing with Warner Chappell Music Publishing in 2015, where he stockpiled cuts including Morgan Wallen’s multi-week #1, 7X platinum smash “Whiskey Glasses,” Tyler Rich’s gold “The Difference,” Pat Green’s Texas radio #1 “Drinkin’ Days,” Lil Wayne’s “Dreams,” Martin Garrix & Troye Sivan’s platinum “There for You,” Dierks Bentley’s “My Religion,” HARDY’s “SIGNED, SOBER YOU,” and more. His tracks have landed TV placements on ABC’s Grey’s Anatomy and commercial spots for Major League Baseball, Xbox, and Lexus. Breaking out as an artist in his own right, Burgess signed to Big Loud Records in 2020, and in the same year, was featured on Diplo Presents Thomas Wesley’s buzzy Chapter 1: Snake Oil album on “Heartbreak.” He was featured on HIXTAPE: Vol. 2‘s “Red Dirt Clouds” alongside David Lee Murphy and Big Loud labelmate ERNEST. Burgess’ forthcoming debut album Tears the Size of Texas will release September 30. 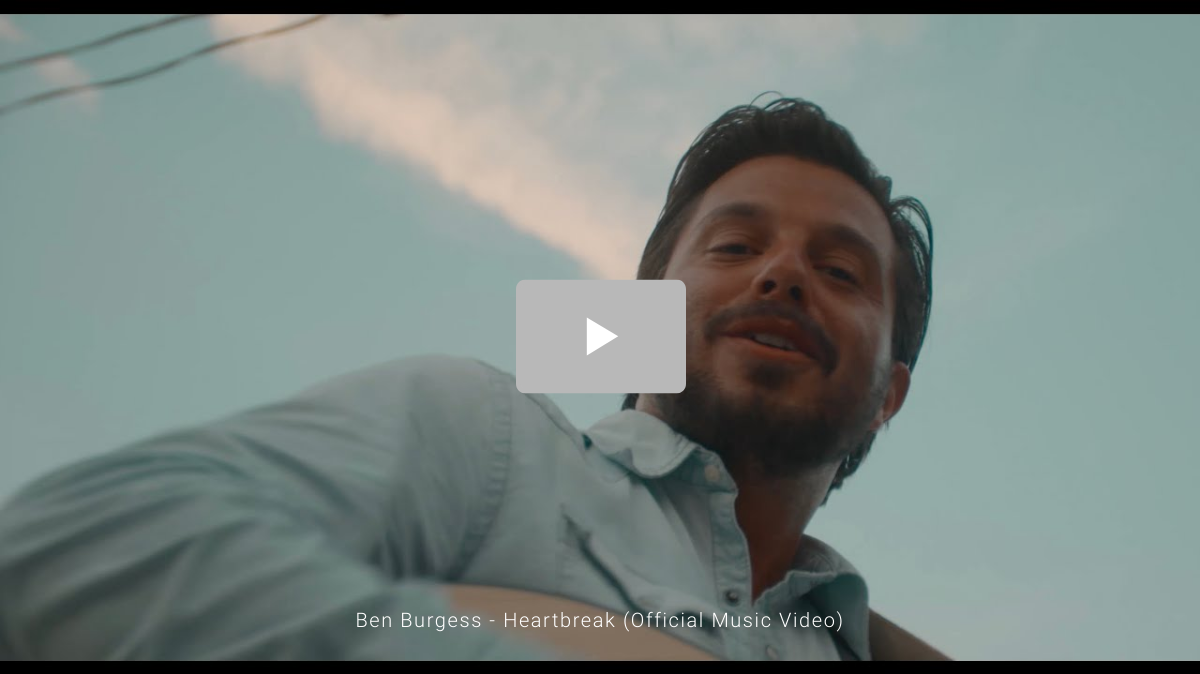