BEN BURGESS SADDLES UP HEARTBREAK WITH “TEARS THE SIZE OF TEXAS”

BEN BURGESS SADDLES UP HEARTBREAK WITH “TEARS THE SIZE OF TEXAS” 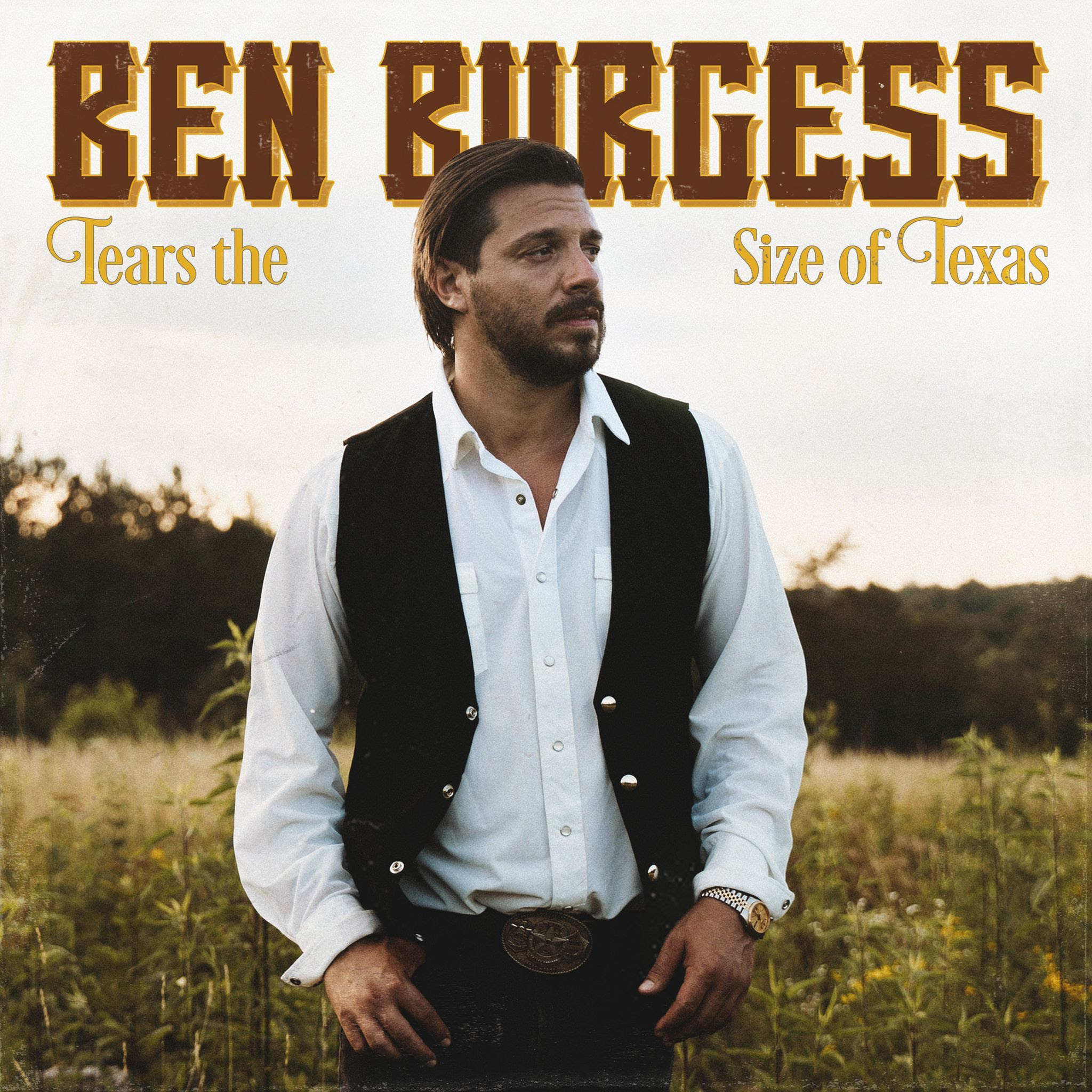 NASHVILLE, TENN. – Dallas-born hit-maker Ben Burgess has been the man behind the curtain for years, churning out star-making cuts like Morgan Wallen’s 6X platinum, 2020 BMI Country Song of the Year “Whiskey Glasses,” Martin Garrix + Troye Sivan’s platinum pop smash “There For You,” current Top 20 ERNEST single, “Flower Shops,” and many more. Today, he unveils the first taste of his own artistry with “Tears The Size of Texas,” and for Burgess, this moment has been a long time coming.

“I feel like I hit the lottery,” Burgess shares. “Being able to put out my own music – the kind of music I’ve always wanted to release – after a lifetime of trying to get to this point; it’s a dream that I’m finally living.”

Written by Burgess with collaborator Josh Kerr and produced by Joey Moi, “Tears The Size of Texas” is a story song, a letter to fictional love interest ‘Daisy’ that starts as a self-penned warning about Burgess himself, his cowboy tendencies and tumbleweed lifestyle.

The song then flips on its head at the last chorus and becomes a confession; a note to say he misses ‘Daisy,’ knows his own flaws, and hopes she’ll stick around for the next rodeo.

“’Tears’ was actually the first song I wrote after Big Loud offered me a record deal, so it was basically the first song I wrote knowing I was going to get another shot at being an artist,” Burgess says. “It was kind of like a beginning where I knew I could say what I want, the way I want, and I could sing it the way I want. I think it’s right that this is the one we’re kicking off with.”

Out now, Burgess also dropped the official music video for “Tears The Size of Texas” today, bringing the song to life with a cinematic retelling of its lyrics. Shot at a Crossville, Tenn. horse ranch and directed by Justin Clough, Burgess’ western fantasy springs to life on screen, starting with a called off wedding and ending with a gun-slinging stand-off, a miniature cowboy flick with a modern twist.

“Shooting this video was amazing, and it was hilarious. Riding horses is hard; it’s an art, and after all this, I have a lot of respect for a lot of people out there, especially the everyday cowboys” Burgess reflects.

“Tears The Size of Texas” previews Burgess’ debut album, slated to release later this year. In the meantime, he hits the open road with fellow Texan Koe Wetzel starting this weekend with a double dose of dates in their home state and continuing through the end of August. Keeping his foot on the gas, Burgess will tour nationwide this fall with buzzy riser Warren Zeiders supporting The Up To No Good Tour, and rejoins Wetzel alongside genre-bending standout Jelly Roll for their Role Models Tour.