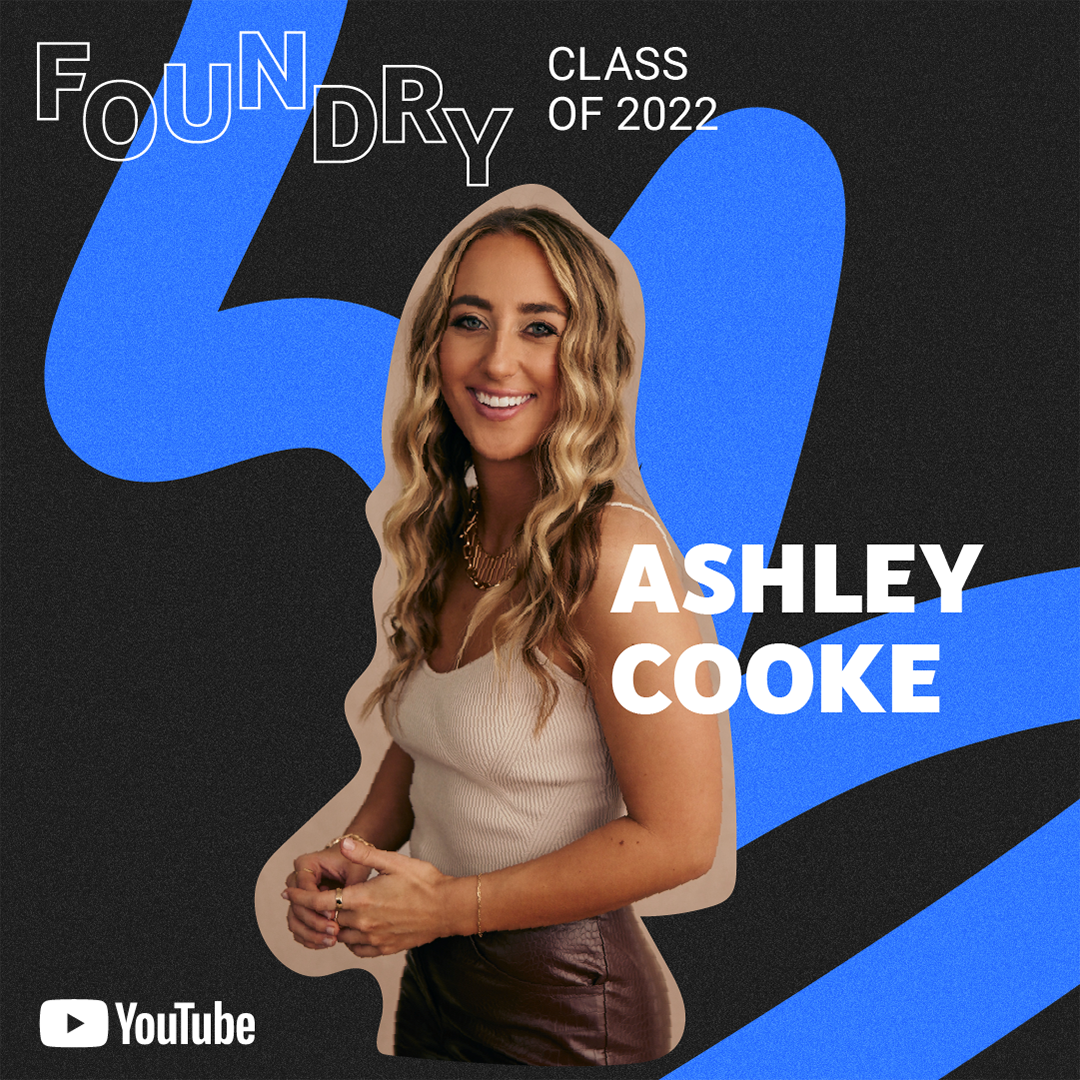 NASHVILLE, TENN. – Rising country artist Ashley Cooke has been tapped as the only country act part of YouTube’s coveted Foundry Class of 2022, announced today. The all-genre global artist development program recognizes next generation entertainers for their innovative approach to music and storytelling. Created in 2015, Foundry is YouTube’s incubator for independent music, supporting indie artists at all stages of their careers through annual artist development classes and ongoing release support campaigns. “The social media sensation turned country artist” (CMT) joins the roster as the only country artist as part of this year’s initiative, alongside 29 other independent artists spanning 15 countries.

“I’m so honored to have been chosen for this incredible opportunity! The YouTube team has been a champion of my music since day one and I’m so grateful to be representing country music in the 2022 class,” shares Cooke.

The career milestone comes only a week after the artist destined for a “bright future ahead in the country music genre” (CMT) made her striking national television debut on ABC’s “The Bachelorette” on July 18. Cooke’s intimate performance with Brett Young of their “romantic hit” (Good Morning America) “Never Til Now” was featured on episode two of the hit romance reality series. Following the song’s big moment, the “tender, romantic ballad” (Billboard) continues to resonate with listeners across the country as it climbs at country radio. After debuting as the most added song on impact date, “Never Til Now” soars to 53 supporting country radio stations across the nation.

Heading into the second half of the year with unparalleled momentum, the artist signed to the independent label powerhouse, Big Loud Records / Back Blocks Music, will continue to release new music in 2022, starting with the fan-requested song, “Getting Into,” on August 12. Cooke will visit cities across the country at some of the summer’s most anticipated fairs and festivals before gearing up to head back out on Cole Swindell’s Back Down To The Bar Tour as direct support this fall.