STEPS INTO THE OPRY CIRCLE JUST DAYS BEFORE HER TWO-NIGHT RYMAN DEBUT ON NOV. 2 + 3 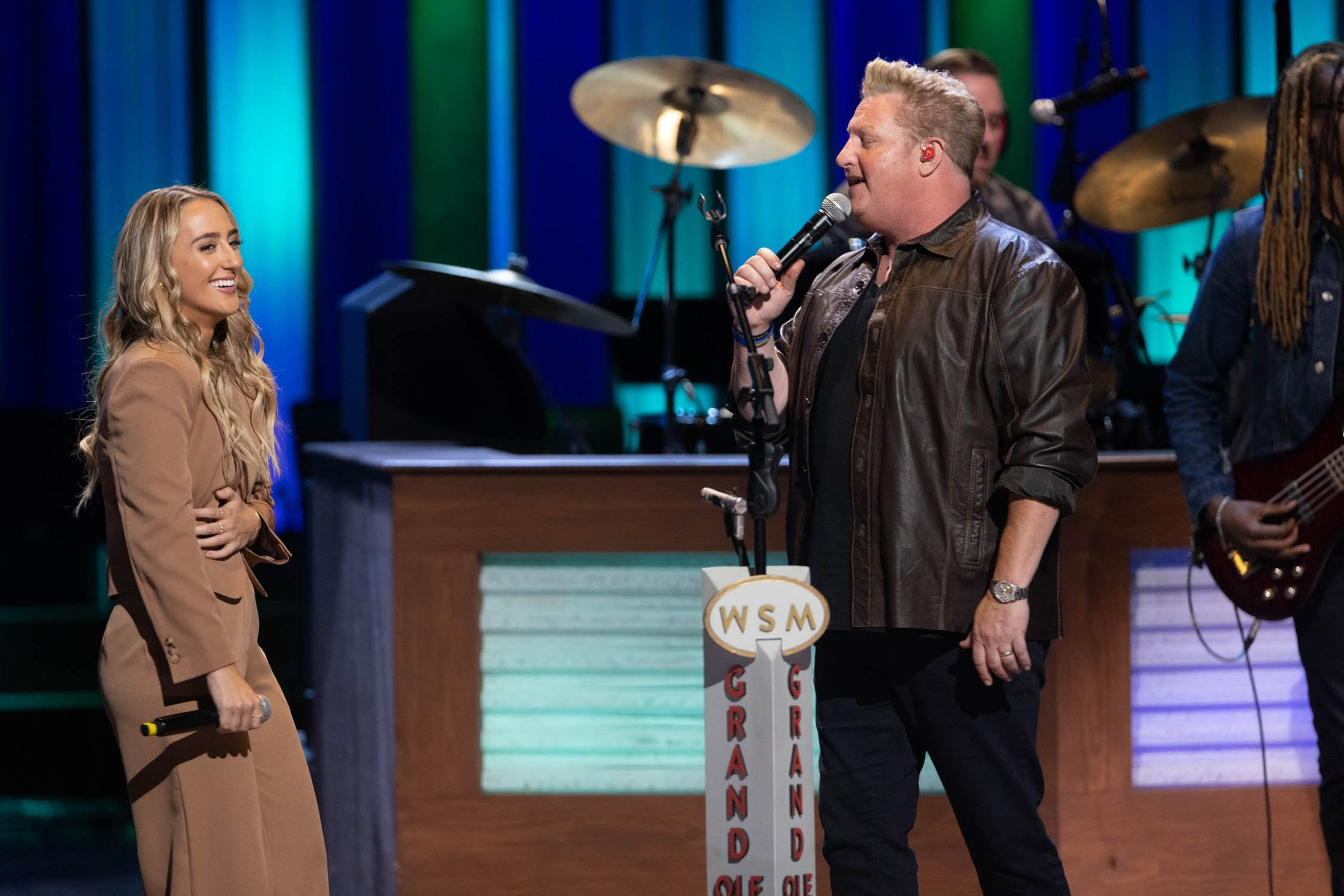 NASHVILLE, TENN. – Rising country artist Ashley Cooke’s momentum is unstoppable as she celebrates a week of milestone firsts. Last night, Cooke stepped into the historic circle for her Grand Ole Opry debut, sporting a fitted beige power suit and effortless confidence. Cooke’s striking performance at the famed institution saw the emerging artist showcasing her “arguably better than ever” (American Songwriter) sound in performances of “getting into” and her newly charting single at country radio, “Never Til Now” feat. Brett Young. After receiving a roaring standing ovation, the milestone moment turned full circle when Cooke was invited by Rascal Flatts’ lead singer, Gary LeVox, to join in on a duet of “What Hurts The Most.” See the photos here.

“Making my Opry debut was one of the most surreal moments I’ve ever experienced. I got into country music because I fell in love with and found comfort in the storytelling of Rascal Flatts,” shared Cooke. “Having Gary LeVox invite me into the circle and ask me to sing one of the songs that got me into music in the first place was completely full circle. I’m so thankful to have stood where every country great has before me and I couldn’t be more excited to be a part of the tradition.”

As the breakout country star proves herself as an undeniable “force to be reckoned with” (CMT), the bucket list Opry debut comes the week before she takes center stage at the world-renowned Ryman Auditorium, making yet another monumental debut on Nov. 2 and again on Nov. 3 as she continues as direct support Cole Swindell’s 19-stop Back Down To The Bar Tour.

Cooke’s record-breaking year saw the buzzed-about female songstress making her national television debut on ABC’s “The Bachelorette,” kick-starting the upward trajectory of “Never Til Now” at terrestrial radio. The “romantic hit” (Good Morning America) about finding your soulmate when you least expect it continues to resonate with fans nationwide, cementing its spot in the Top 50 on this week’s Country Aircheck/Mediabase chart at country radio.

In August, Cooke ushered in a new chapter of music following her 2021 debut project Already Drank That Beer, dropping back-to-back releases “getting into” and the anthemic “back in the saddle” in September. The recent Big Loud / Back Blocks Music signee continues to tour across the country with Swindell and readies to deliver fans more new music by year’s end. For dates and more information, visit ashleycooke.com and keep up with her on Instagram, YouTube and TikTok @theashleycooke.

Hailing from Parkland, Fla. and moved by emotional hit makers like Taylor Swift, Rascal Flatts, Kelly Clarkson and more, Cooke embraces the energy of pop and depth of country, writing her first song by age 11. Cooke moved to Nashville at 18 and attended the prestigious Belmont University – but unlike so many others, she did not study music. After entering the schools revered country Showcase on a whim and winning, Cooke decided to pursue music for a year. When the pandemic had other plans, Cooke went to TikTok where she built a thriving fanbase, writing and sharing country music on her own terms – and in many ways, she’s still putting melodies to her journal entries today. Vivid and emotionally pure, her sun-kissed blend of two-lane pop is often inspired by true tales of love, loss, and living, matching raw relatability and deeply addictive hooks. 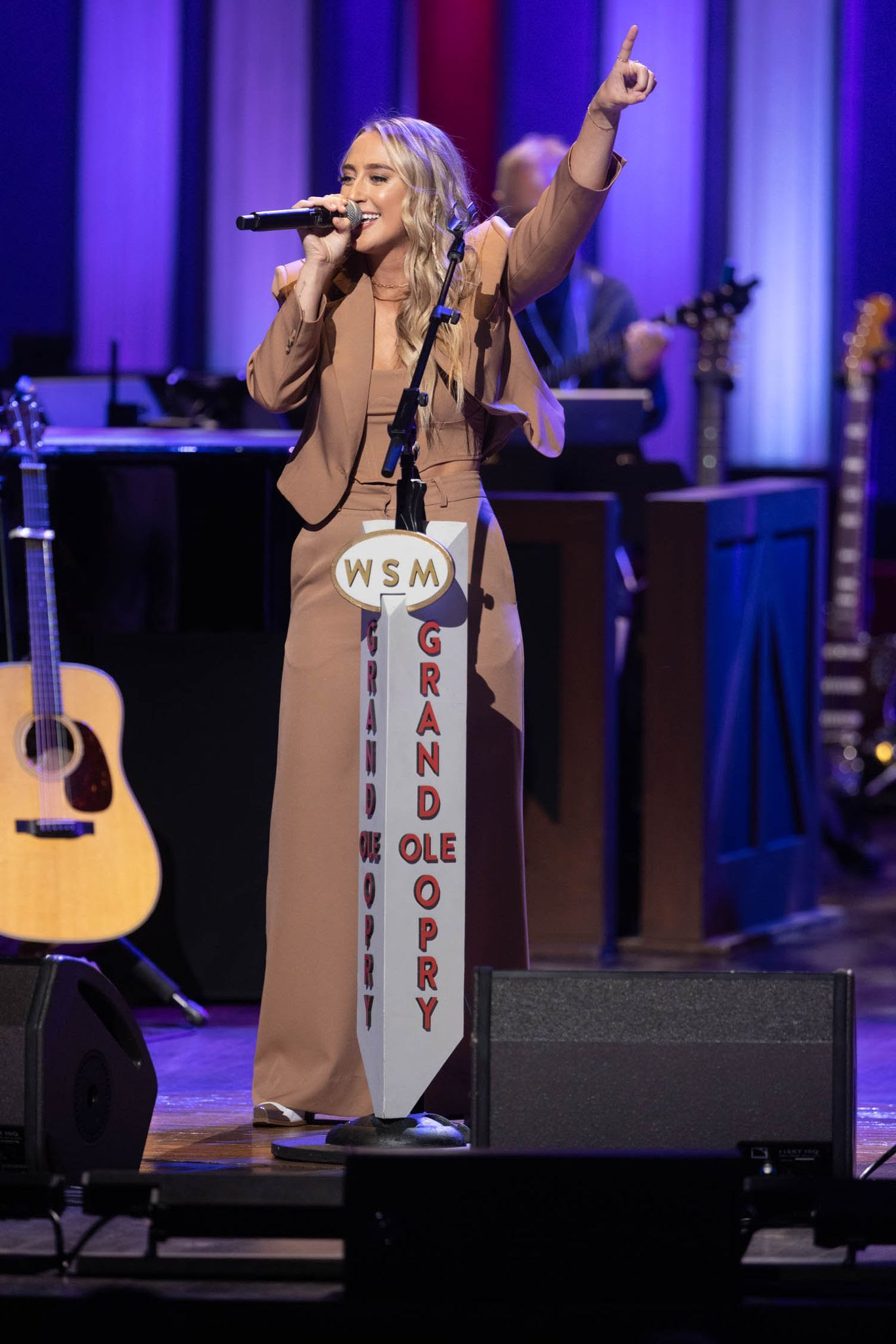