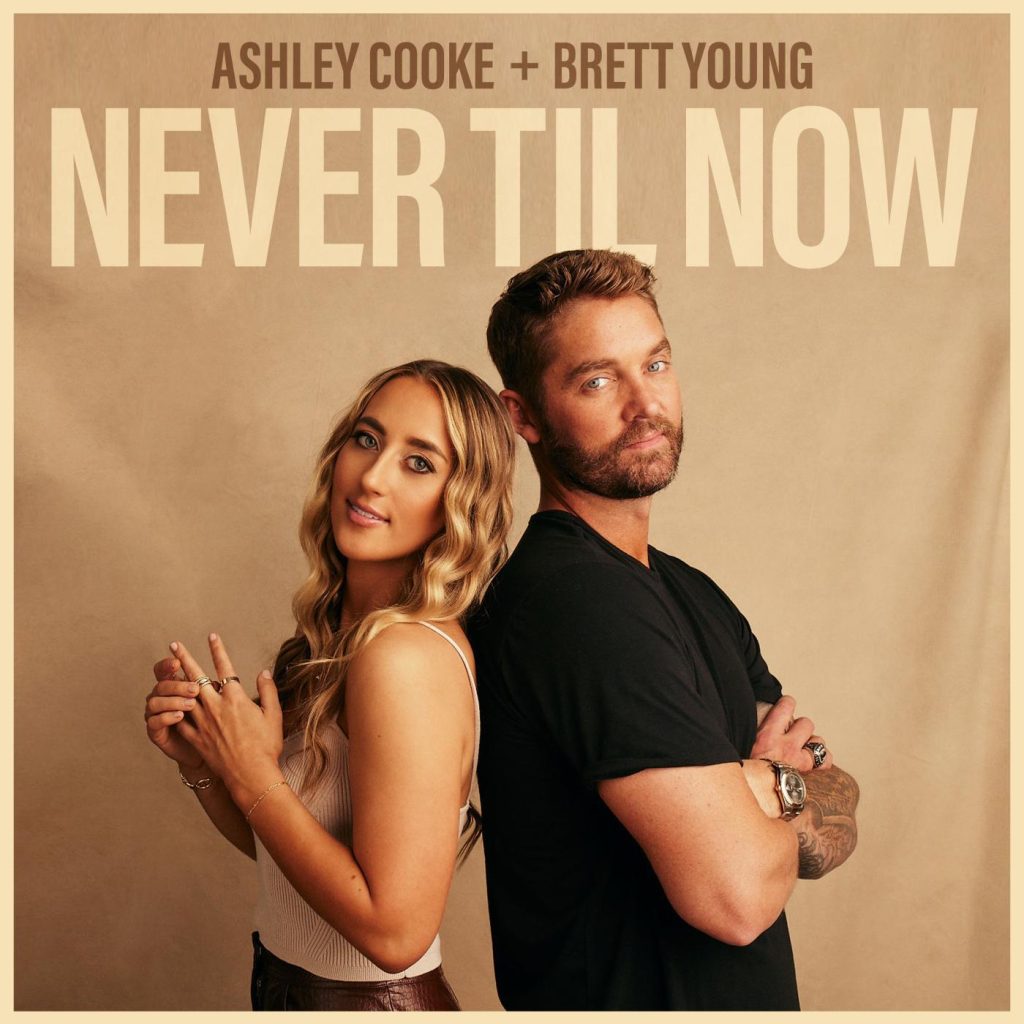 NASHVILLE, TENN. – Breakthrough country artist Ashley Cooke teams up with country megastar Brett Young for a heartfelt duet on Cooke’s lovestruck hit single “Never Til Now,” available everywhere now via Big Loud Records / Back Blocks Music / BMLG Records. Originally released as part of Cooke’s debut project Already Drank That Beer in Aug. 2021, the romantic love song has since skyrocketed to viral success across TikTok and digital streaming platforms, notching over 46K user generated videos and over 30­M streams. The track is released in conjunction with an all-new music video with Cooke and Young, out now.

“‘Never Til Now’ is a song that has opened so many doors for me already and really changed my life. To be able to bring a superstar like Brett Young onto this song with me is such an honor, shares Cooke. “I’ve been a fan of Brett’s music since the start, and I feel very honored that he believes in the song the way that I do.”

“I first heard this song through my good friend and trusted collaborator Jimmy Robbins,” Young adds. “I loved it immediately and I’m honored to be a part of it with Ashley!”

Written by Cooke alongside Matt Roy and produced by award-winner Jimmy Robbins, “Never Til Now” effortlessly captures the feelings of falling in love when you least expect it. Cooke adds superstar power to her already viral single with the addition country’s music master over matter of the heart for the swoon-worthy duet. The new song comes just days after the announcement of her co-venture record deal with Big Loud Records / Back Blocks Music.

“The emerging country songstress” (Country Now) has spent the last calendar year touring with fellow rising acts BRELAND and Spencer Crandall and is performing throughout the U.S. on Cole Swindell’s Down To The Bar Tour before heading out with Jordan Davis this April. For dates and more information, visit www.ashleycooke.com and keep
up with her on Instagram, TikTok and YouTube.