“Tyler and I’ve been really blessed to have an amazing team – an extended family – who push us continually to be better and think differently. Whether we’re home or out on the road, we’re doing things the FGL way and it feels like with our recording, our writing, our lives … ANYTHING GOES … and we can’t wait to see where it leads next,” said Brian Kelley.

Live from Central Park in New York City this morning (8/15), FGL headlined ABC’s Good Morning America Summer Concert Series and revealed details about their forthcoming album. The talented pair hit the stage with PLATINUM-certified smashes – chart-topping “Round Here” and Teen Choice Award’s Choice Country Song “This Is How We Roll” (featuring Luke Bryan) – and their MULTI-PLATINUM #1 “Cruise,” the best-selling digital Country single of all time (SoundScan). Giving fans a taste of what’s to come, FGL also performed their latest single “Dirt,” which has already sold over 535,000 downloads and shot to #1 on both the iTunes all genre and Country charts in the US and Canada, while also sitting atop the Country chart in Australia shortly after release. Their lead single’s record-breaking momentum not only filtered across Country radio with earning the highest one-week add total in Country Aircheck history, but its moving lyrics inspired FGL to launch the Dirt Campaign to benefit Habitat for Humanity.

“There have been a lot of changes in our lives over the past couple of years but we’re still the same guys from Florida and Georgia who drove from show to show in BK’s Tahoe. We’re really excited about what we’ve learned on this journey and can’t wait to give our fans new music they can crank up just as loud as the tunes they sing back to us every night,” said Tyler Hubbard. “ANYTHING GOES is a natural progression of where we’re at and what we’ve learned getting here.”

Everything is better when doubled for the Superstar duo, who released their 2X Platinum debut HERE’S TO THE GOOD TIMES two years ago and again have producer Joey Moi at the helm for their second album. Critics nationwide from USA TODAY to ROLLING STONE and BILLBOARD are embracing FGL’s fresh vibe. Fans can get the ANYTHING GOES party started early with the iTunes pre-order beginning on 9/16.

FGL has skyrocketed to stardom with becoming the only artist in history to join Brooks & Dunn in achieving four back-to-back, multi-week #1 singles; breaking the record for longest #1 on Billboard’s Hot Country Songs chart; selling over 16 million tracks worldwide, winning numerous industry awards and collaborating across genres with sensations like Nelly and Jason Derulo. 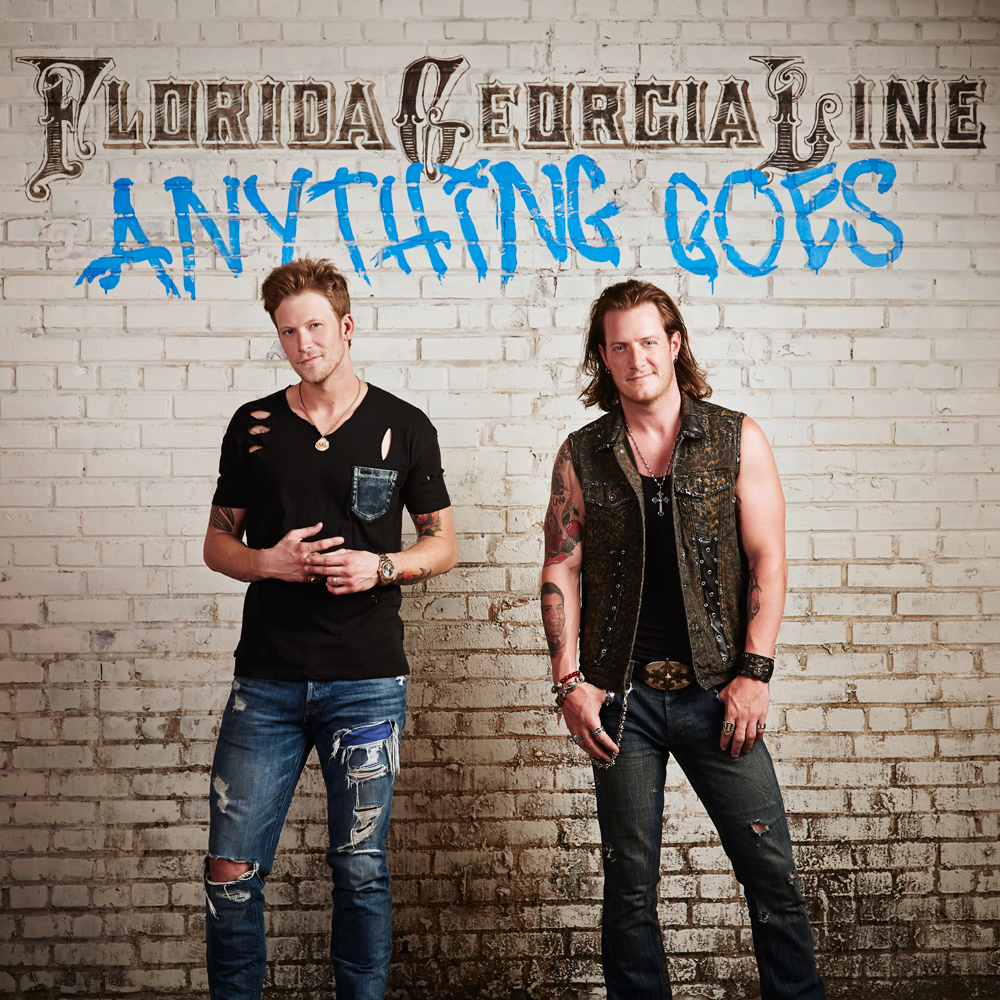