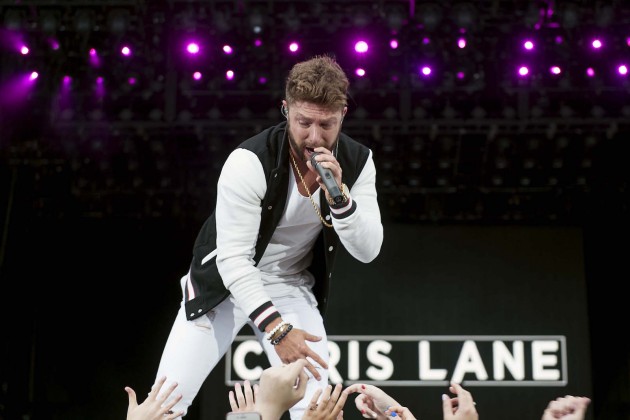 Performing at Fenway Park is an experience one will never forget, especially for country singer Chris Lane. Chris Lane accomplished two firsts during the sold-out show. One was playing Fenway Park as part of Florida Georgia Line‘s Smooth Tour. The other? Falling on the stage.

“My first stadium tour ever …. my first fall on stage,” Lane writes.

Lane was smoothly walking the catwalk, singing “Who’s It Gonna Be” from his 2016 debut album Girl Problems when his foot slipped out from under him, causing him to wipe out. You can hear the close-up crowd gasp in the clip, but Lane recovers quickly, singing from a seated position for a second before bouncing to his feet to finish the song.